I worked 13 years as an emergency doctor, then switched to working as a GP in 1989 and worked in Hungary, Denmark and the United Kingdom.

Some years into this work I felt I was becoming a frustrated GP, and I didn’t like it. Not that I was unsuccessful. My own GP practice of seven years at that time in Hungary, had been growing slowly but steadily, and the last patient satisfaction survey had had encouraging responses.

Still, when I was looking at the hopeful face of Mr Jones, I couldn’t help feeling frustrated. I had then been a doctor for twelve years, a specialist of emergency care and of general practice, having seen hundreds of similar cases before and still I was helpless. Mr Jones, my new patient who moved into the area the week before, had been suffering of essential hypertension for a decade and taken just about every antihypertensive there is, for shorter or longer periods. He was currently taking a triple combination of antihypertensives, plus several other medicines for his concomitant problems – that was thirteen (yes, thirteen) different kinds of prescription drugs and yet he was full of complaints and symptoms and, very rightly, expected that I would solve his problems right then and there.

But I couldn’t. We had been talking about his health for about twenty minutes then. I started with offering prescription drugs recommended by the applicable therapeutic guidelines. He had taken them all before and stopped because of either side effects or lack of efficacy. I talked about additional options then, such as increasing doses, replacing some elements of his multiple combinations, dropping certain drugs, everything. None of it was good, even I couldn’t really believe we would find the right solution.

And he was not the first, nor the only one. It appeared that evidence-based medicine, however effective for the vast majority of my clientele, could not always offer a solution for every individual even if their maladies were amongst the most common ones. While the balance of benefits versus risks has indeed been found positive for our medicines in clinical trials, this is not always true for every single patient.

The words of the Hippocratic Oath came to my mind: ‘I will come for the benefit of the sick’. Was it really in Mr Jones’s best interest for me to continue prescribing him drugs that he himself said he didn’t want to take any longer as he felt they didn’t really help him? Wasn’t there any other way?

So that was the trigger that made me start searching and learning. What I really needed was to be able to use medicines that either complement our common drugs or are alternatives to them.

I have happily found that many universities all over Europe were offering courses on complementary and alternative medicine, thousands of doctors were practicing it, many health insurance organisations including the NHS were funding it, and patients were not only liking but often demanding it. And a few years later I became a certified medical homeopath.

Why did you choose this work?

Homeopathy is often referred to as “the gentle treatment” because of the apparent lack of undesirable effects. It is typically and mostly used in addition to traditional prescriptions in situations such as the one I described above. Polypharmacy and multimorbidity are the two most difficult problems to handle in a GP practice, so any option to reduce the number of concomitantly used active substances should be welcomed whenever possible! Indeed homeopathy is a viable option for many patients to complement their chronic therapies with a carefully selected remedy thus allowing a reduction of their doses and/or simplifying their treatment regimes.

What are the challenges?

Homeopathy is not for everyone, though. For doctors to use it to maximum benefit it requires not only years of laborious studying but an awful lot of the GP’s most precious commodity: time to be spent with the patient. A homeopathic interview can rarely be fitted into the constraints of a 10-minute appointment as the doctor must get to know the person in detail, not only the disease. And for patients it requires an open mind to accept the unusual, the out-of-the-ordinary. So, in daily GP practice I only ever offer it to those who either request it themselves or those that really have exhausted all other possibilities.

What are the advantages?

In some, less common, situations it can even be used as an alternative to chemicals, with great caution. Being an empirical branch of medicine, homeopathy is individual and, like all other types of medicine, it may or may not work for a certain patient in a certain situation so it is paramount that evidence- and guideline-based treatment must never be denied. Nevertheless, I have dozens if not hundreds of cases when homeopathy turned out to be sufficient, e.g. in cases when a patient was reluctant to take a prescription medicine for fear of expected side effects.

Financially, I appear to have earned an unintended and possibly undeserved fame amongst practice managers since statistics show that prescription expenses decrease quite considerably with the introduction of homeopathy in a practice. Homeopathic remedies are cheap, particularly in comparison to many modern high-tech prescription medicines and the necessary treatment duration is generally shorter, too.

I don’t intend to promote homeopathy or to explain its features. All I want to state is the fact that it works for me – and, more importantly, it works for many of my patients. Naturally, it cannot solve every situation but, as a GP, my frustration has eased considerably since I have been able to offer something additional, something different to those patients of mine that are in the highest need.

This article first appeared in Pulse GP Magazine in 2013 for its column: “Why I chose…?” 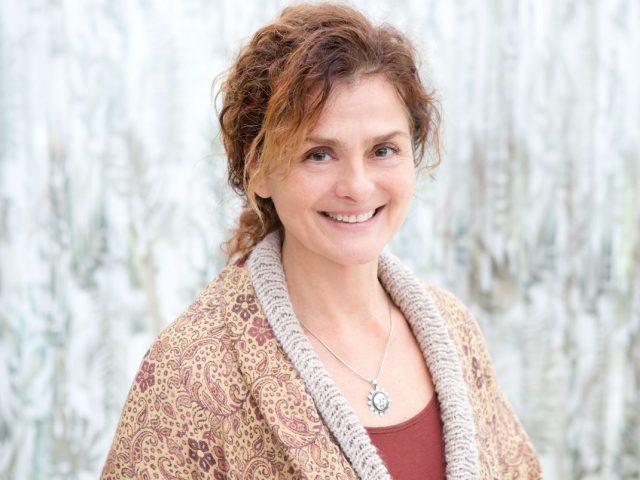